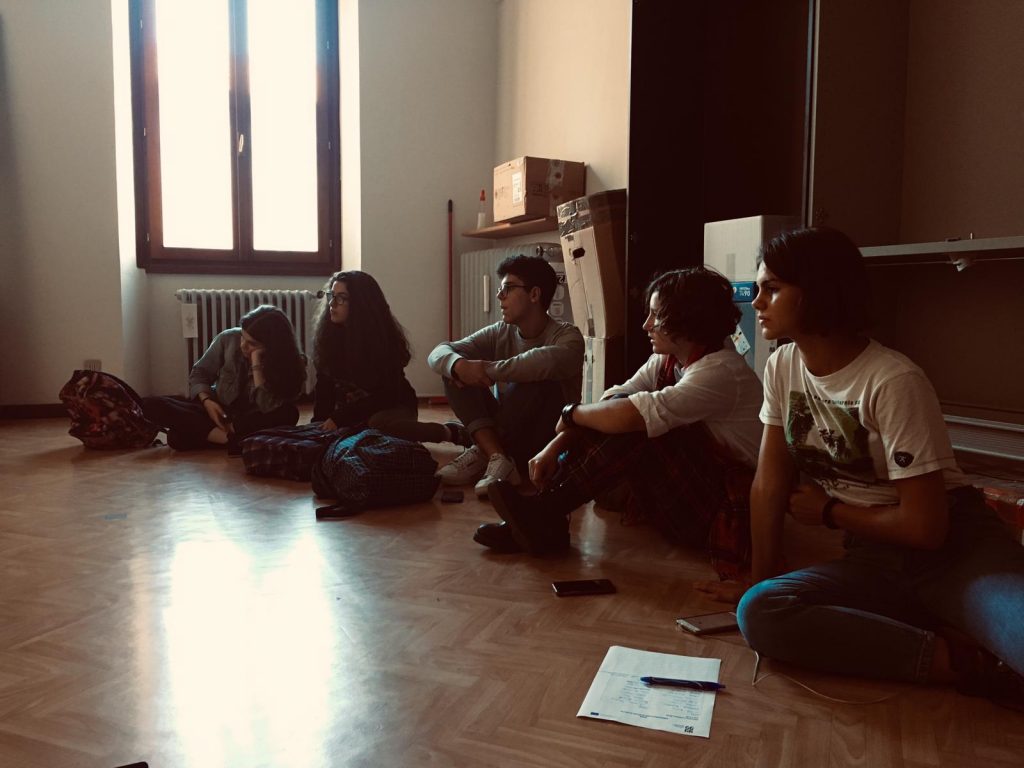 A work-in-progress methodology being made open to public delegates for the first time.

The Project Partners of Teenage Ambassadors Across Europe travelled to the Artistic Gathering of the International Association of Theatre for Children and Teenagers (ASSITEJ) in Kristiansand, Norway. Project teams from Belgium, Denmark, Italy, Norway, Spain, and the United Kingdom travelled to the festival alongside Teenage Ambassadors and School Teachers that are involved in the scheme across the partner countries. The project is part of the wider Theatre European Engagement Network (TEEN) partnership which was founded to explore, establish, and apply best practice audience development strategies in order to engage European Teenagers in Theatre. The partnership is founded upon the idea that it is only through engaging in the perspectives of Teenagers, and listening to their needs and voices, and that it is possible to develop meaningful engagement with Teenage audiences who are interested, determined, confident, and able to convey diverse opinions about the Theatre they want to see.

I attended the Co-Programming Workshop, a treat because this was the very first time that the project’s work-in-progress Co-Programming methodology was made open to public delegates. The methodology aims to establish consensus between Teenagers, programmers, and schoolteachers in order to co-programme performances and festivals for Teenage audiences. With ongoing research and development into the Co-Programming methodology, both on this trip to Norway and for the remainder of the two-years, the hope is that creative professionals & artists will be able to better reach an increasing number of Teenagers across Europe and cultivate these Teenagers’ long-term engagement in the theatrical world.

They were asked to answer four questions:
A) What can we not present on a stage for Teenagers aged 13 – 18?
B) If you like a show how would you argue the case to spend taxpayer’s money in order to programme it?
C) If you were programming a show for others what would be your criteria?
D) Which would be the first factors you would compromise on if you couldn’t agree with your peers on what shows to programme?

Further Information About the Teenage Ambassadors Across Europe Project:
The Teenage Ambassadors Across Europe project follows on from an earlier programme of work which developed a methodology aimed at developing best practice for Teenage audience development strategies based on positive experiences and practices at local and national levels. Founded by programme managers working in the Theatre for Young Audiences sector, the earlier project worked to identify the most suitable kinds of Theatre performances, as well as the most effective engagement techniques for the Teenage age group. This previous work established local collectives of Teenagers called TEEN Action Groups. Completed activities included experimenting with tools of Theatre criticism and bringing together programme managers, creative professionals & artists, and Teenage audience members in TEEN Kitchen Table Meetings. Trialling, mapping, and translating these successful local practices into a methodology that can be applied across Europe, this earlier project marked the beginning of a permanent network structure supporting local arts organisations to engage Teenagers in their Theatre programming.

When the Teenage Ambassadors Across Europe project was launched in December 2018, it sought out to develop the Teenage audience development methodology further by testing the established methodology, alongside new approaches, across several existing partner countries, as well as to experiment with disseminating the toolbox of methods to new, associated partners. Fundamentally, it also seeks to answer whether it is possible for European Theatre festivals targeting Teenagers to be programmed and produced by a team of co-programmers, that includes Teenagers themselves. It is exploring how effective such tools are in different national contexts; is focusing on embedding digital strategies into the methodology; is seeking to create a dialogue between Teenagers and schoolteachers around cultural experiences; and is working to empower creative professionals to work closer together with Teenagers. The Project Partners believe that the challenge is not to simply increase the number of Teenagers in our Theatre audiences but, more significantly, to deepen the quality of Teenagers’ engagement and instil in them the same enthusiasm for the theatrical art form as that which motivates those who make Theatre.

This trip to the ASSITEJ Artistic Gathering represents the second opportunity for intercultural exchange between Teenagers, programme managers, and creative professionals & artists during the project. The event will also provide an opportunity for all those involved in the project to share the experience of attending the Theatre together and allows the project teams to work together to further develop their toolbox of prospective methods that could be used to achieve the project aims.

After meeting at the ASSITEJ Artistic Gathering, TEEN Action Groups will continue to meet across Europe to engage in local and regional activities before coming back together at other festivals in 2020 such as Krokusfestival (Belgium) and SEGNI New Generations Festival (Italy).

This article was originally published on: