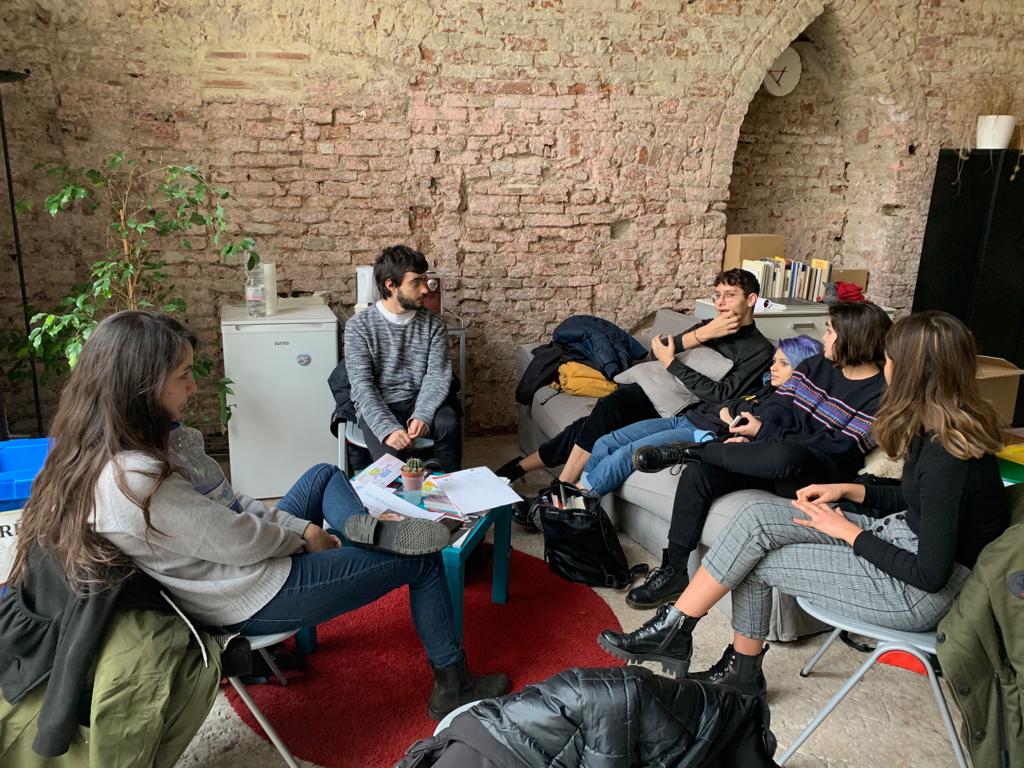 We Travelled to Ljubljana!

As part of the Teenage Ambassadors across Europe project, the project partners are working to develop the tools and methods used in the first two years of the project.

One of the tools developed was the TEEN Kitchen Table Meeting which has been used lots by the Danish Teenagers over the last few years. The Danish Teenage Ambassadors then met teenagers attending Bobri Festival of Culture and Art Education 2019 (Slovenia) – http://www.bobri.si/ The Slovenian teenagers did not know each other but, over two days of preparation for the TEEN Kitchen Table Meeting and by attending shows and cultural excursions together, they came together as a group.

Overall, the Danish group had a great experience and enjoyed the challenge of sharing the TEEN Kitchen Table Format with other teenagers. It was discovered that more needs to be done in supporting the new group in framing the TEEN Kitchen Table Meeting – for example in emphasising to the Teenagers their role as hosts. It is important that the Teenager hosts greet and seat the participants, and also explain the rules of the discussion to the participating audience.